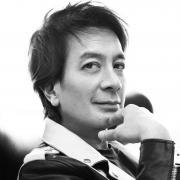 Tham Khai Meng was the Worldwide Co-Chairman and Chief Creative Officer of Ogilvy & Mather. He also served as Chairman of its Worldwide Creative Council. Khai led O&M to win Network of the Year at Cannes five consecutive times, from 2012-2016.

AdAge called Khai 'One of the world's most influential people in the communication business.' Khai is listed in Forbes 2017’s ‘Top 14 creative directors you want on your speed dial’ and he’s ranked Number One most awarded executive creative director in the world by The Drum and The Big Won Rankings.

Khai studied design and art history at Central St. Martins in London and received an MA in Film at the Royal College of Art. He entered advertising at Leo Burnett London and joined O&M in 2000 as Regional Creative Director, Asia Pacific. During this time he was inducted into the Campaign Brief Hall of Fame. In 2009, Khai moved to New York to assume his current role, overseeing all the work across the entire O&M network.

With multiple Cannes Lions Grand Prix under his belt, Khai has been invited to serve as president of D&AD, One Show, Clios, LIA and Cannes Lions’ Film, Titanium and Integrated juries. In 2011, Khai served on the World Economic Forum Steering Committee, and currently sits on Facebook’s Creative Council, Twitter’s Advisory Council and the boards of Future of Storytelling and Miami Ad School. He is also a contributing writer for The Guardian, Campaign and Forbes.