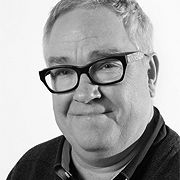 Robin has been with DraftFCB Canada for 14 years, serving as its Chief Creative Officer since 2006. At DraftFCB, his main focus is on using integrated tools to solve creative problems. He has received numerous professional awards, including Lions at Cannes 2012 and 2013, and a Gold at the 2013 Effies. At Cannes, Robin served as a Film Jurist in 2001 and was a Canadian nominee for the Radio Jury in 2013 and 2014. He came to the Berlin School of Creative Leadership to further his skills in leading interdisciplinary teams bridging content creation and technology: “With an improved theoretical underpinning of the business, and the exposure to the different leadership styles I will encounter, I feel I will be better prepared to lead teams making advertising content and exploring new technologies.”

Prior to joining DraftFCB, Robin held several positions in the Canadian advertising industry, including VP Creative Director and Partner at GJP and ACD at Young & Rubicam. Robin holds a BA in English and Art History from the University of Toronto, as well as an A.O.C.A. in Fine Art from OCAD University in Toronto/Florence. He has worked with a number of industry and cultural associations, and currently serves on the boards of the Canadian Marketing Association, TheatreFront, as an advisor to the Humber College Advertising BA program, and on the Art Gallery of Ontario's Print and Drawing Curatorial Committee. He's an avid musician in his spare time, performing with soul and funk band The Community Soul Project.