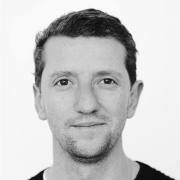 A Brazilian communications executive based in NYC, Rafael studied Marketing and Advertising at FAAP, a traditional college in Sao Paulo, Brazil. Right after the graduation, he moved to NYC to expand a fine jewellery company that was opening its first location in the city. Although the initial plan was to stay there for 3 months, he has been a New Yorker for 10 years now.

Rafael has worked in the jewellery business, PR agencies and had roles in marketing and PR at in-house agencies - always with an international angle and focused on the luxury market. His most challenging position as an employee was at TORY BURCH, where he was in charge of the international marketing, which included 27 countries under his umbrella. After almost 3 years in the position, he decided to open his own communication and business development agency focused on international clients wanting to get exposure to the US market.

According to Rafael, the business owner journey has been nothing less than exciting and frightening at the same time. He says that NYC is a very saturated and highly competitive market – which makes all the work tougher but very rewarding in the end.