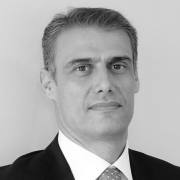 Babis Mainemelis is a Berlin School visiting professor teaching creative leadership. Born and raised in Greece and originally educated in economics and management, he has an extensive academic and professional career.

At the ALBA Graduate Business School, Babis is a Professor of Organizational Behavior and Director of the SEV Center of Excellence in Creative Leadership. He is also a visiting professor at the Porto Business School and teaches at the London Business School occasionally, where he served as an assistant professor for eight years. In the mid 1990s he worked at a digital-imaging software firm in the San Francisco Bay Area, and in 2001 he completed his Ph.D. in organizational behavior at Case Western Reserve University.