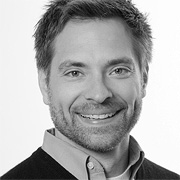 A highly experienced journalist, professor and entrepreneur, Paul is Associate Professor at The King's College in New York City and Director of The McCandlish Phillips Journalism Institute and the NYC Semester in Journalism, as well as Executive Director of The Media Project, a global non-profit news platform and training organization. Paul also writes for magazines, edits a blog at Forbes.com and is the founder of Vett Inc/VettNews.com.

Paul joined The Wall Street Journal out of college and spent nearly a decade there as a staff writer covering large industrial companies, working in several cities and writing thousands of stories for all sections of the paper on a variety of topics. He's also worked for and written for other publications ranging from The Washington Post, USA Today, The Indianapolis Star, The Christian Science Monitor, Spiegel Online, The Prague Tribune and FastCompany.com. He received an Overseas Press Club award for best business stories in 2011 with WSJ colleagues for reporting on China. In 2011, he was chosen for the Robert Bosch Foundation Fellowship, which brought him to Germany to learn about European politics and work in international media. He received his Bachelor's degree in Political Science at the University of South Dakota and his Masters in Journalism and Certificate in Business and Economics as a Knight Bagehot Fellow at Columbia University in New York City.

Having written about business for years, Paul decided to come to the Berlin School of Creative Leadership to expand his own entrepreneurial skills. "Our group blog took off more than we expected so we were figuring how to add products, sustain it and monetize it.”, Paul said. "The Berlin School was an stimulating environment that helped me to come up with the right ideas and methods to do so."