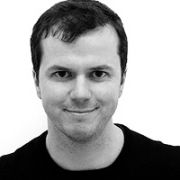 Spaetgens has worked for many years for Scholz & Friends GmbH and is now the Managing Director.