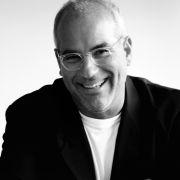 CEO
Chair
RadicalMedia
United States
Board of Governors
About

With over twenty-five years leading the production industry, Jon Kamen is co-founder, Chairman and CEO of RadicalMedia, a global media and entertainment company which works alongside most of the world's advertising agencies on commercial production, as well developing and producing entertainment projects for network, cable, feature films and live theater.

Since 1976, Jon Kamen has been an active member of the Association of Independent Commercial Producers, and in 1991 he was elected as the organization's National Chairman. In 1994, he was presented with the Crystal Apple Award by the Mayor of New York.

Jon is a regular on the business and marketing lecture circuit; serves on the boards of the AICP, the Art Directors Club, and the Rippowam Cisqua School in Westchester, New York; and was the catalyst for "We Love New York," an organization which mobilized the city's commercial production industry following September 11.