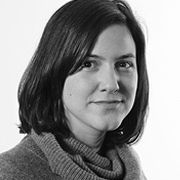 Fluent in four languages and a citizen of both Brazil and the UK, Joana is a media executive with a truly international focus. She has produced TV shows, documentaries, and feature films leading up to her current role as International Producer for Neon Rio. Joana played a leading analyst role in the team that was awarded an International Emmy on "Lacos de Sangue", a Brazilian-Portuguese telenovela co-production. Besides content production, she has also worked as a business developer and sales executive in the creative industries on two continents.

Joana came to the Berlin School of Creative Leadership because she aspires to be an innovation leader. She concentrates on the Brazilian TV industry, which has recently seen rapid change and expansion, delivering a series of challenges and opportunities in the years to come. "All of a sudden, a lot of content has to be delivered without any specialization, experience or know-how. How can we organize the relationship between cable networks, broadcasters and indie producers?"

Before joining Neon Rio as an International Producer in 2013, Joana worked in various positions in the media industries of both Brazil and the UK. Among others, she was a business developer with Pindorama Filmes and a Senior Content Analyst for TV Globo. Joana obtained a Master's degree in International Business Management from the University of Grenoble and an MBA in Marketing from Pontificia Universidade Catolica in Rio de Janeiro. She also holds a Bachelor's degree in Communications from Pontificia Universidade Catolica.