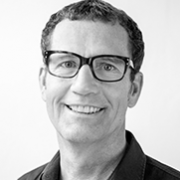 Joachim Sauter was a co-founder of ART+COM and Head of Design at ART+COM Studios. He was Professor of Design at the University of Arts in Berlin from 1991 for many years, and Professor of Media Design and Art at UCLA, California since 2001. He was also a Member of the Board of Directors at the Berlin School of Creative Leadership between 2015 and 2020.

After graduating from the Academy of Fine Arts in Berlin, Joachim Sauter studied at the German Academy for Film and Television, Berlin, and from the early 1980s, worked as a media artist and designer.

Joachim‘s focus was on digital technologies and experimenting how they can be used to express content, form and narration. Fuelled by this interest, he founded ART+COM in 1988 together with other artists, designers, scientists and technologists. The goal of this interdisciplinary group – led by Joachim - was to practically research this up-and-coming medium in the realm of art and design.

During the course of his work, he was invited to participate in many exhibitions. He showed his work at Centre Pompidou, (Paris), Stejdilik Museum (Amsterdam), the Museum for Contemporary Art (Sydney), Deichtorhallen Hamburg, Kunsthalle Wien, Venice Biennial, ICC (Tokyo), the Getty Center (Los Angeles) and MAXXI Rom, as well as many others.

He received several awards like the Golden Lion, Cannes, the D&AD Black Pencil, the Ars Electronica Interactive Award, the British Academy for Film and Television Interactive Award, ADC New York and ADC Germany Gold, the 'Grand Clio', the 'Red Dot Grand Prix', the Design Award of the Federal Republic of Gemany and many other national and international awards.

Joachim Sauter sadly passed away on 10th of July, 2021. Joachim was an important part of our community and a great friend to us all. He will be sorely missed by the Berlin School.