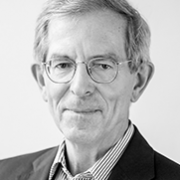 Board of Directors
Berlin School of Creative Leadership Foundation
Germany
About

Arno is Treasurer and a Member of the Supervisory Board at the Berlin School of Creative Leadership.

Arno studied Economics at the Universities of Münster and Saarland in Germany, and he was a Research Assistant, PhD in the latter.

He began his professional career in 1974 at the Controlling Department of SABA-Werke GmbH. In 1978, he joined Bertelsmann AG, Gütersloh, where he spent ten years and served as Head of Corporate Development and later CFO of the Electronic Media Division. Arno then worked as CFO and Executive Director of Verlagsgruppe Georg von Holtzbrinck in Stuttgart for the next 15 years before moving to maxingvest AG as CFO and later CEO. He also fulfilled the role of Chairman of supervisory boards of Springer Science and Business Media, Berlin of GFK SE, Nürnberg and of Indibo Gmbh, Hamburg.