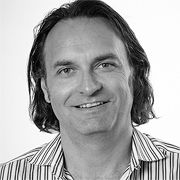 In his role as Vice President, Technology Innovation for Broadcast Music Inc., in Nashville, Tennessee, Darren Briggs is responsible for the company’s enterprise technology and data strategy, architecture, platforms, processes, methodologies, data standards, and strategic partnerships. Since assuming this role, BMI has been named in The Information Week 500 Technology Innovators Awards, and in both 2011 and 2012 it was ranked higher than any other music company.

Briggs came to the Berlin School of Creative Leadership not only to learn from the classes, but also to share experiences with other participants from around the world. “The most compelling facet to me of the Berlin School of Creative Leadership is the opportunity to learn and share insights, experiences, and solutions to the challenges of bridging traditionally disparate business and creative disciplines, people, perspectives, and behaviors.”

Prior to his current role at BMI, Briggs served as Vice President & Chief Technology Officer for Landmark Digital Services, LLC, and an audio recognition research division of BMI. Hired as employee number one, he was tasked to define, construct, and staff the audio technology company from ‘greenfield’ to production in 24 months. Previously, he was the Co-Founder and Chief Technical Officer for Fatbubble, LLC, a San Francisco based geo-location social network startup and also held several other leadership positions at Sony/ATV Music Publishing in Nashville and London. He received his Bachelor of Science in Mathematics at Vanderbilt University and is the inventor of four separate US patents.