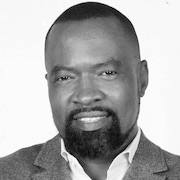 It only took two years after his graduation from Art School for Bester to decide to follow his creative vision and start his own agency. Now, 16 years later, his agency is one of the biggest in Zimbabwe and has accumulated numerous local awards for creative excellence. Apart from his day-to-day involvement with Adrenalin, he is also the founding Chairman of all three subsidiaries of the Group – Hexagon Sports Management, Mindspace Communications, and Openedge Media Inc.

Bester graduated from the Harare Polytechnic Art School in 1996 with a National Diploma in Design for print and joined Concepts Advertising that same year as a Graphic Designer. In 1998, he realized his vision and founded Adrenalin Advertising.

After completing the first module of a South African MBA, Bester felt he needed to look for something more flexible and relevant to his needs, which was not so focused on conventional industries and with very little understanding of creative environments. As a result, he joined the Berlin School’s Cannes Creative Leadership Programme. The structure and content of which “further confirmed that I was in the right place as it covered all the critical areas that I felt needed development in my career. I expect to further acquire the skills to be able to transform my own organization into the future by being able to adapt to the changes that happen in the environment and by making the right decisions for a sustainable business.”