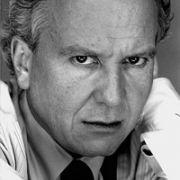 Preceding this, he was President and Creative Director for W/Brasil, the third largest agency in Brazil. Even before he established his own agency in 1986 (then under the name of W/GGK), Washington Olivetto was already regarded as one of the most important names in Brazilian publicity, in a profession much in vogue in Brazil (Publicity and advertising are at present the university courses in greatest demand in Brazil).

Washington Olivetto's campaigns have captivated the public over the course of the years and have earned him a status almost on a par with a pop-star on the media. One of these campaigns for BomBril is now included in the Guiness Book of Records as the campaign longest on the air with the same lead character (more than 160 commercials over the last sixteen years).

The professional with the highest number of awards in Latin America, and one of those with the most awards in the world, Washington Olivetto also won 44 Lions (18 Gold, 8 Silver, and 18 Bronze) at the Cannes Festival SAWA. He was also awarded the Clios and is referred to in almost all of the most important publications in international advertising.