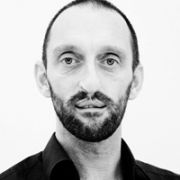 Uroš is currently working as a Creative Director at Publicis Slovenia. Before that, he was Creative Strategist for Saatchi&Saatchi in Ljubljana, Slovenia. With 15 years of experience in advertising, mobile and web content as well as film production, Uroš had extensive knowledge of utilizing today's technology in branding and marketing. 2014 he has successfully finished his EMBA study at the Berlin School of Creative Leadership. In his master’s thesis, Uroš Goričan tried, through dramaturgical, strategic and business aspect, to answer the question, what can brands learn from creators of content (writers, producers and media houses).

Uroš started his advertising career as copywriter and later on as creative director at LUNA/TBWA and Studio Marketing/JWT. He won several awards including Grand Prix for TV at Golden Drum festival.

For several years he has been involved with mobile and web projects as the Head of Content for mobile and telecom operators in Slovenia. This has given him an insight in new media and content production. He has created and produced content for mobile applications, mobisodes, launched mobile music star and has been involved in production of full feature documentary on multiple platforms. He launched the Kontejner project – a print magazine and webzine for street art in Balkan area. He also writes for TV, film and animation. Upon receiving the Dragan Sakan Scholarship announced by the Golden Drum Festival, Uroš Goričan started his study at the Berlin School Executive MBA in Creative Leadership program 2010 in Berlin.