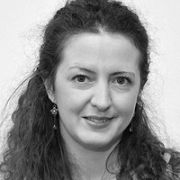 Simona Dan is Managing Partner at The Public Advisors

Before that she was CEO and founder of 88 Keys. Prior to 88 Keys, Simona was CEO at Rogalski Grigoriu Public Relations, the Public Relations branch of Tempo Advertising Romania. Prior to this, she was Executive Producer at B1 Television and also worked on various productions at MediaPro Studios. Dan has also served as a journalist for the Curierul National. She has won many professional awards, most recently in 2008, the Romanian PR Awards, PR Agency of the Year.