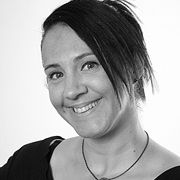 As Senior Creative Writer at one of the world's top 5 video game publishers, Sharon Maher strategizes, develops, and co-leads teams that include junior writers, graphic writers, and illustrators to develop creative campaigns for top-selling game franchises such as Assassin's Creed and Just Dance. Though 2013 was a banner year for her company, which won numerous Game Marketing Summit Awards, including Bronze for 'Best Overall TV or Theatrical Spot' for Assassin's Creed 3, Maher believes there has also never been a better time to learn core business skills for her creative company to continue its success and evolve in the marketplace.

Before joining Ubisoft, Maher was a Creative Services Writer at Electronic Arts as well as a Content Editor at Looksmart.com. Maher received her Bachelor of Arts from San Francisco State University.

As we grow and mature in this highly creative industry, I believe leaders with this unique intersection of skill sets will be critical to the evolution of the entire industry overall. My intent is to use my MBA from the Berlin School of Creative Leadership to evolve myself into an entirely new leadership role in the video game sector - one that is a hybrid of management and creative knowledge."

"I believe we can all benefit overall from stronger creative leadership - leadership that possesses both a firm grasp of marketing knowledge and an in-depth understanding of the creative process. That is exactly the type of leader I aspire to be and believe I can become with an MBA from the Berlin School of Creative Leadership."