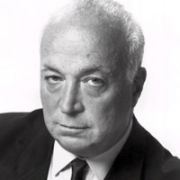 Seymour Stein is the co-founder and chairman of Sire Records, the label that put punk and New Wave - not to mention the maverick likes of Madonna - on the map.

One of the last old-school 'record men' still working in the music business, Stein succeeded by anticipating the next musical wave and signing its brightest lights. In 1975, for instance, he saw four glowering, black-leather-clad guys from Queens who played lightning-fast tunes in a style without precedent. "It was like sticking my hand in a live electric light socket", Stein recalled of his first exposure to the Ramones. "The jolt went right through me." Punk-rock was born with the Ramones' eponymous first album, recorded for a mere $6,400 and released on Sire in 1976. The reverberations from that groundbreaking release can be felt to this day.

"Seymour's taste in music is always a couple years ahead of everybody else's", observed Gary Kurfirst, who managed Talking Heads - another of Stein's signings. Whereas someone more commercial-minded might've recoiled at frontman David Byrne's nervous, yelping vocals and offbeat art-pop songs, Stein saw an essential piece of rock and roll's future. "I was riveted the whole time", he recalled of his first glimpse of Talking Heads at New York's CBGB's. "It was amazing. And, of course, I signed them".

Stein also saw merit in the Pretenders, who recorded on Sire for nearly two decades. "Without Seymour, I'd still be a cocktail waitress in Akron", frontwoman Chrissie Hynde said in 1986. Sire has been a goldmine for cutting-edge music, from popular trailblazers like Talking Heads, the Cure and the Smiths to deserving cult favorites like the Flamin' Groovies, the Dead Boys, Richard Hell and the Void-Oids, and the Replacements. From Britain he lassoed the Cult, Aztec Camera, Echo and the Bunnymen and Modern English. Stein even went further afield to sign Australian punk-rockers like the Saints, the Rezillos and Radio Birdman. Along the way, Sire helped revive the notion of tuneful, Sixties-style pop singles with synth-pop classics like M's 'Pop Muzik', Plastic Bertrand's 'Ca Plane Pour Moi' and Soft Cell's 'Tainted Love'.

A major non-New Wave acquisition during that fertile period was a rising young dance-music artist named Madonna. Sire released her first single ('Everybody'/'Burning Up') in the fall of 1982, and Stein asked for a full album from the superstar-to-be at a meeting with her, famously held in a hospital room where he was recuperating from a heart infection.

"He's more interested in the music than whether he's going to get platinum records out of it", Madonna said. "Every time he signs somebody, he's taking a chance. And there aren't many people in the entertainment industry who do that anymore".

The ripples from Stein's enthusiastic, music-first approach had a positive influence on the music business in general. For instance, the late Greg Shaw - the California-based founder of Bomp! magazine and Bomp! records - cited Stein as his primary role model. "I thought I'd be like Seymour Stein, who had built Sire Records and now had distribution through Warners", Shaw recalled. "He got to sign anybody he liked and, as a result, was always on the cutting edge".

Though Sire came to prominence in the latter half of the Seventies with its punk and New Wave roster, the label's origins date back to 1966, when Stein cofounded Sire Productions with producer Richard Gottehrer. Sire released albums by blues and progressive-rock acts like Climax Blues Band and Focus in the late Sixties and early Seventies.

In 1976, realizing what a motherlode he had discovered in the Ramones and other bands bubbling up from the rock underground, Stein struck a distribution deal with Warner Bros., and the partnership lasted until 1995. In 2003, Sire again became part of the Warner Bros. label portfolio and, under Stein's leadership, is releasing the work of such contemporary cutting-edge acts as the Von Bondies and the Veronicas.