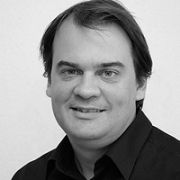 Sergio Silva Gordilho is the Co-President/CCO at Agencia Africa in São Paulo.

Prior to this, he was the President/CCO at Africa Propaganda in São Paulo. He previously worked for Bates Brasil, DM9DDB Sao Paulo, Duda Mendonça São Paulo, Propeg in Bahia and for Tribuna de Bahia. Sergio has twice been awarded the Bahia Columnist Award for Art Director of the Year. He was a Nominee for the Caboré Awards for Brazilian Creative of the Year and was also named the No.1 Brazilian Art Director by Archive Magazine. Sergio was also 'Professional of the Year', one of the most important commercial award in Brazil. Sergio Silva Gordilho has a BA Degree in Architecture from the Universidad Federal da Bahia and works and lives in São Paulo, Brazil.