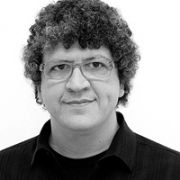 Founder
Rest of the World
United States
Class 02
About

Sergio Alcocer is the founder of Rest of the World.

Sergio was President and Chief Creative of LatinWorks, a leading multicultural agency in the US based in Austin, Texas. Sergio is one of the most respected and versatile advertising creatives in the US and Latin America. He has a long history of crafting effective award winning campaigns for some of the biggest brands in the world. In 2007 Sergio was awarded at the Cannes Lion Awards for his commercial for Bud Light 'Classroom'. He led LatinWorks development of the Bud Light Campaign for the 2007 Super Bowl that was recognized as #1 in polls by the Wall Street Journal, the Chicago Sun Times, the Kellogg School of Business and Washington University. Sergio has won several other creative awards at the Cannes Lions Festival, FIAP (Argentina), San Sebastian (Spain), the CLIOs (NY Festival), National Addy's and Grand Prix at Festivcal Caribe (Panama). In 2009, Sergio won „Best of Show“ and most awarded multicultural agency in the US at the AdAge creative awards and LatinWorks won a Silver Lion at the Cannes Lion Festival in Film for Starburst (“llama” spot).

Sergio is a proud graduate of the Berlin School of Creative Leadership. His EMBA Thesis proposes the creation of Virtual Innovation Partnerships in creative cities around the world to counter the effects of the loss of talent in the US due to immigration reforms and the rise of emerging economies.

In his own words:
"I am a marketer who specializes in Multicultural communication in the USA. I am the President and Chief Creative Officer of LatinWorks, based in Austin, Texas. I provide creative solutions for big American companies to win with the 50 million plus Hispanics living in the USA. LatinWorks has been named Multicultural Agency of the year of 2009 by the two leading trade magazines, Advertising Age and AdWeek. During 2008 and 2009 no other agency in our space won more new clients or received more creative awards than us. I can assure you is not a coincidence that I was enrolled at the Berlin School from February 2008 to August 2009. The impact that the school had on me and through me, on my agency, has been huge.

I first heard about the Berlin School while attending the Cannes Advertising Festival in 2007. It felt like a perfect fit right away. Of course I knew who Michael Conrad was so I looked into it and decided to apply. From the first time I heard about it I knew it was something very needed for our industry. After twenty plus years as a creative, the last ten running an advertising agency, I needed to re ignite my passion for the business. I found myself in my mid forties stuck in my own knowledge, tired and a little burned out. Successful as I was I knew I needed to look forward and prepare for the enormous wave of change in our industry. In a nutshell I came into the Berlin School looking for the tools to start the second half of my career. I got that and much more.

The core of the Berlin School is about how to lead creative business. In our field one gets to the top by starting at the bottom. Many of us are self made, meaning that we learned our trade while doing it, not necessarily in a Business School. But when you get to a point in which it is now your turn to lead an agency, are you truly prepared to lead? That’s what the Berlin School gives you: a framework to apply all what you know as a seasoned professional in a more structured way.

The Berlin School taught me that the real role of a creative leader is to create the circumstances for others to create. Having creative people on top of companies is a great way to infuse creativity through out the organization. Creativity needs to be defined more broadly, it’s an attitude, a fresh way to bring solutions to our clients."