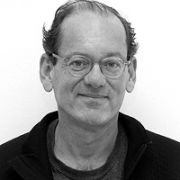 Partner and VP of Creation
Mar Comunicação
Brazil
Class 02
About

Ruy Lindenberg is the VP of Creation and a Partner at Mar Comunicação, Sao Paulo.

He previously worked for W/Brazil, Talent and DPZ Brazil. Lindenberg has received awards from both Brazilian and international festivals including Cannes Lions, New York Festival, Fiap, El Ojo, the London Festival, the Art Directors Club of London and many more. In 2006 he was invited to be part of the Print and Poster jury at the Cannes Festival. Under his leadership Leo Burnett Brazil was chosen as the best office within the Leo Burnett group in 84 countries. In 2007, Leo Burnett Brazil was voted the best Brazilian agency. Ruy writes monthly articles for the Meio & Mensagem magazine and is a regular columnist for Radio Band News. Ruy studied at the Fundacao Getulio Vargas, School of Business Administration and works and lives in Santana de Parnaiba, Brazil. Ruy Lindenberg won 5 Silver Lions at Cannes 2008.