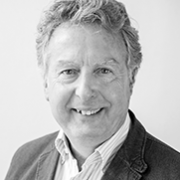 Prior to this appointment, he served the company as Chairman of the Board from August 2004. Rolf was a member of the Berlin School Board of Directors from 2012 to 2017.

Prior to BMG, Schmidt-Holtz served as Chief Executive Officer of CLT-UFA. He later oversaw the merger of CLT-UFA with Pearson Television to form the RTL Group. He is Co-Founder and Chairman of Just Software AG and Co-Founder and Partner of Hanse Ventures GmbH.