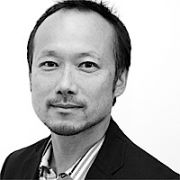 Robert has built top brands throughout his career, integrating all disciplines of design and advertising, leading and inspiring creative talent and winning new business.

He co-founded Google's Creative Lab, the innovative arm of the company’s marketing, and has been its Vice President ever since. Prior to that, he was the EVP Executive Creative Director at Arnold Worldwide (2004-2008); there, he rebranded and reshaped the agency and ended a two-year new business slump. Robert worked for two years (2002-2004) at Starbucks Coffee Company as VP Global Creative, unifying and evolving the Starbucks brand worldwide.

A native of Canada, he is a BFA graduate of the Parsons School of Design (President Award).