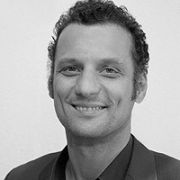 Prior to this role, Ralf Zilligen was Managing Director Kreation at McCAnn/MRM in Düsseldorf, Germany. Before that, he was Chairman at Arthur Schlovsky – a brand of MediaedgeRalf Zilligen has also worked as Chief Creative Officer BBDO Düsseldorf and as copywriter for several agencies including Jung von Matt and Springer & Jacoby, after which he was employed as Creative Director at Leagas Delaney and Wieden+Kennedy in London and Amsterdam. Returning back to Germany in 2002, Zilligen was appointed Managing Director at Stöhr/DDB.