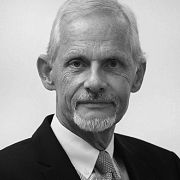 He joined INSEAD’s faculty in Fontainebleau, France, in 1981 after a career in the areas of marketing and investment banking covering a period of 11 years.

In 2009, Professor Schütte was appointed by CEIBS in Shanghai where he holds the European Chair for Global Governance and Sino-European Business Relations. He is particularly interested in the competition and cooperation between emerging market corporations and established Western/Japanese multinationals. CEIBS is the leading business school in China and jointly owned by the Government of China and the European Commission.

Singapore and China are Professor Schütte’s ninth and tenth country in which he lives and works. He has taught in seminars in another 40 countries all over the world. He is a well-known speaker in conferences and business meetings and is actively involved in various executive programmes, board and advisory roles and consulting assignments. Among others, he is an Executive Director and Partner of BAF Spectrum, a business angel firm that invests in young enterprises.

He is a regular contributor to the World Economic Forum in Davos and other places in the world and the author of many articles and nine books, among them the best-seller ‘Strategies for Asia Pacific’.