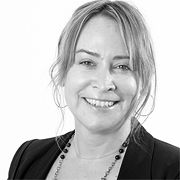 As a global marketing executive, producer, and entrepreneur, Priscilla has over 15 years of experience working in digital social media, television, film and music initiatives for some of the most renown studios, broadcast networks and agencies, including Lionsgate Entertainment, MGM Studios, CBS Broadcast and FOX Studios.

In 2011 she created Elumines, which she describes as a socially-conscious, global, integrated media and content solutions company, committed to positively impacting, improving, and transforming the media landscape.

Priscilla believes creatives must develop a network of likeminded leaders to promote innovation, while influencing young leaders to guide future media to higher standards. “We find ourselves amidst a unique, historic time and unprecedented media revolution that is progressing our ability to communicate in immediate, innovative ways and at groundbreaking speeds. The architecture of traditional media is collapsing rapidly. We will never have the opportunity to experience such a global media revolution again in our lifetimes.“

A native of Massachusetts, Priscilla attended the University of San Francisco where she obtained a Bachelor of Arts, Independent Major in Foreign Literature and Languages. She built a successful career working for some of the biggest and most prominent TV and Entertainment Studios before founding her own company in 2011. Most recently, she has produced an award-winning and critically acclaimed documentary film and is currently in development with two television series.