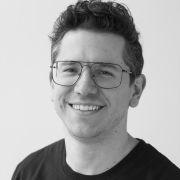 His journey in advertising started in the year 2000 when he started his own digital shop when nobody really knew what digital was all about. He has worked at Lowe, BBDO both Colombia and Chicago, Leo Burnett, also both Colombia and Chicago, Saatchi & Saatchi LA, Ogilvy & Mather US and now Amazon, Seattle. He was also Instructor at Chicago Portfolio School from 2015 to 2017.

With over 15 years of experience, he has specialized in concept development and integrated solutions for Fortune 500 brands, including SCJ, Toyota, P&G, Allstate, Directv, GM, Sony, Renault, Anheuser-Busch InBev and McDonald's. His work has been featured in The New York Times, Forbes, Adweek, Creativity, AdAge, FWA, Archive magazine and Communication Arts while being represented globally in major events including the World Cup and the Super Bowl. His work has also been recognized by almost every major advertising award show including Cannes, London, Clio, One Show, Webbys, Shark Awards, New York Festival, Effies, Fiap, El Ojo de Iberoamerica, El Sol, Wave Festival, USH and The Addys among others.

In his free time, Nicholas and a group of friends run Flagged Wonders: an art collective in a constant quest to find the coolest street art and share it with the world.