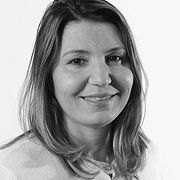 Monica is a Senior Digital Media and Entertainment Executive Consultant with expertise in the entertainment industry. Previously, Monika worked for Endemol Globo for 11 years, starting as Production Manager and before serving as Managing Director. Having worked in television and entertainment for her entire adult life, Monica has worked on a variety of shows and projects. She is also actively involved in the entertainment and television scene globally, serving as a moderator for the Rio Film Festival in 2012, acting as an Emmy Award Juror member since 2010, and participating annually in MIPCOM.

Monica came to the Berlin School of Creative Leadership to help achieve important career goals that require additional education from a leading institution for creative executives. "In the short-term, my aim is to study in-depth, business management around the globe and learn creativity in different ways. My long-term objective is to be one of the foremost experts in the TV formats business in Brazil and internationally, and be known as a professional who can bring together business and creativity to better perform my work in the industry."