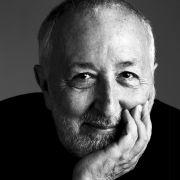 Miguel Angel Furones is the Chairman of Publicis Iberia.

Before becoming Chairman of Publicis Iberia, Miguel was transitional Chief Creative Officer of Leo Burnett Worldwide and Chairman of Leo Burnet Iberia. As Chief Creative Officer of Leo Burnett Worldwide, Miguel Angel had the responsibility of maintaining and improving the quality of the creative product in over 96 agencies of Leo Burnett around the world. For that very same reason, amongst other things, he was in charge of the Global Product Committee of Leo Burnett and every three months brought together qualified professionals from the different countries where the Agency is present. In these meetings over a thousand advertisements were evaluated which means that Miguel Angel is one of the people with more experience in the world when it comes to analyzing creativity.

He was the first Latin American to be named Chief Creative Officer of a global network.

Miguel has been the President and founder of Vitruvio Leo Burnett, the Agency of Madrid that has been named Global Agency of the Year of Leo Burnett WW in three separate occasions over the last six years. During that period of time it was chosen as Agency of the Year by the Magazine Anuncios, EL Ojo de Iberoamérica, etc. He has also been President of the Spanish advertisement Association and President of the Jury in San Sebastian Festival, Fiap and Portoroz. He has published several books on advertisements, poetry and short stories and holds a degree in Sociology and Advertising.