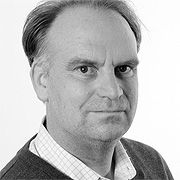 Michael Treacy is a Principal of the Toronto based firm Diamond Schmitt Architects. He is renowned for his expertise in the design of buildings for the creative economy. He has helped create world-class buildings for the Mariinsky Theatre, the Shakespeare Theatre Company, the Montreal Symphony, and the Canadian Opera Company. He also completed the master plan for the Banff Centre for the Arts and the award winning design for Toronto’s Museum Station. These projects have won numerous awards including the RAIC Award of Excellence, the Chicago Antheum International Architecture Award, and the "Good Design is Good Business" award presented by Business Week/Architectural Record. Diamond Schmitt Architects is respected internationally as a leader in the design of cultural and academic facilities and has been recognized as one of "Canada's 50 Best Managed Companies".

Michael spent the first twenty-one years of his life in Australia. There he developed a fine sense of irreverence, an appreciation of offbeat humor and a decent drop punt. He began studies in Industrial Design but quickly developed an affinity for architecture. After graduating with a Bachelor's degree in Applied Science from the University of Canberra he headed for a series of adventures in Asia and Europe.

His travels eventually led to Canada where he received a Bachelor of Architecture degree at McGill University. Michael joined DSAI in 2001 and became a Principal of the firm in 2009. Michael lives in Toronto with his young family but enjoys occasional sojourns to the south coast of New South Wales.

Michael came to the Berlin School to acquire new skills and develop new perspectives. “My goal is to see my profession through a new lens, to gain insight into the real value that design brings to a client and to consider new ways to inspire creativity, enhance leadership skills and to present a unique brand in a global market.“