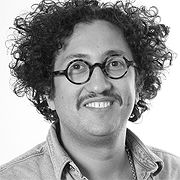 Max Oldham is Latin Music Senior Curator at ReverbNation, an online platform for independent musicians and music professionals. He is also Director of Because Entertainment, a music supervision and brand/entertainment consultancy based in Los Angeles.

Max grew up in a musically entrenched household, which has influenced his career in music supervision and entertainment. His motto is “Always thinking about the brands AND the bands."

Starting at an early age, Oldham began working in the music business as an intern at The Firm in for both their music and branding departments, before furthering his marketing experience as a Planner for JWT Bogotá. After this, he launched Satélite Marketing, a Marketing and PR agency, both in Colombia and Mexico, and later became Head of the Latin Division of Beta Petrol, a company based in both New York and Los Angeles, which specializes in original music production, music supervision, and music related strategies for brands and their advertising.