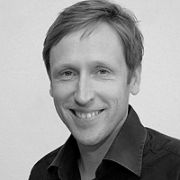 Matthias Schmidt is currently the Managing Director of Antoni, the newly formed agency for Mercedes.

Prior to this role, Matthias was Creative Director at DDB Tribal in Berlin.

Preceding this, he was Partner & Board Member with Scholz & Friends Hamburg. He has been there since 1998, when he started with the company as student, moving on to senior copywriter, creative director, head of unit and becoming partner in 2003. Schmidt has worked on accounts for Mercedes-Benz, Schering, Messe Frankfurt, Medecins sans frontiére, Berliner Zeitung etc.

Schmidt's awards include a Gold and Bronze Lion in Cannes, LIAA Winner, ADC Germany and New York Silver and Bronze, being an Epica Winner, Clio short listed, and winning the Axel Springer award for outstanding print advertising. Schmidt became a member of the Art Director's Club Germany in 2001.

Schmidt received a degree in communication science from the Universität der Künste in Berlin in 1998.