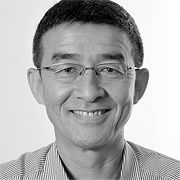 Mario founded and runs Narita Design, in which the aim is to develop package and positioning projects for brands that are market leaders in categories such as beer, snacks, paints, meat, cosmetics, etc.

Prior to starting Narita Design in 1997, Mario was the director of the Design Department of MPM Propaganda, which he helped build and run. Before that he was a designer at DPZ Propaganda. He received his degree in Advertising and Publicity at the University of Sao Paulo and a scholarship in packaging design from JPDA-Japan.

In coming to the Berlin School after a long, illustrious career, Mario said one of his main motivations was to ensure his brain would remain inspired and active for years to come. “I think my brain can be pushed for 20 more years of productivity. The last thing I would want to do is retire and become bored. I need something that will shake me again and the Berlin School fits very well with this challenge.”