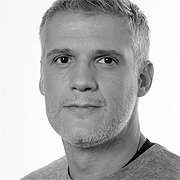 As the Creative Director of a three-time Agency of the Year award winner at Cannes, Marcos leads a highly talented and ambitious team of creatives at AlmapBBDO. He has won numerous awards, including a Grand Prix Press – Art Director, Grand Prix Cyber – Creative Director, 25 Cannes Lions, 8 Clios, 5 One Show Pencils, and 2 Yellow Pencils D&AD, among many others.

With longstanding support of the Berlin School from his agency’s legendary president Marcello Serpa, Marcos is eager to join the agency’s CCO Luiz Sanchez and his colleague André Kassu as a member of the Berlin School community. “I believe that there is much to be done and a lot to happen. I know that Berlin School will contribute to a more precise notion of what creative leadership means and will provide me with more tools to do my job more efficiently.”