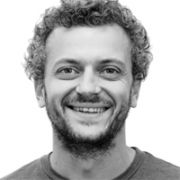 Before joining Young & Rubicam, he held Copywriting positions at Lowe in Sao Paulo, Milan and London and Leo Burnett in Milan. Cremona was also President of the Italian Art Directors Club.

After more than 20 years in the industry and numerous awards in recognition of his work, Cremona joined Google at their Creative Lab in London, where he’s in charge of the EMEA emerging markets.