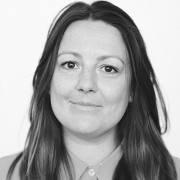 Lauren is a firm believer that you never stop learning and you can never have enough knowledge for every campaign in the world, but the people you meet along the way, have the keys for the next door to open, they are the most cherished.

Lauren began in Wilson Everard as a Financial Assistant in 2007 and moved up to Account executive and then Account manager in 2011. She then went on to a role as Production Manager with the Quattro Group and then a Producer at the Grey Group before finding her current position as Senio Integrated Producer at TBWA Australia.