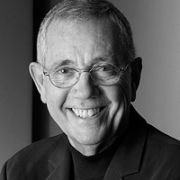 Chair
DDB Worldwide Inc.
United States
Board of Governors
About

Keith Reinhard is Chairman Emeritus of DDB Worldwide. DDB ranks among the largest global advertising agency networks in the world with 206 offices in 96 countries. Acknowledged as the industry's most creative multinational network, DDB has won more Grand Prix awards in the 50-year history of the International Advertising Festival in Cannes than any other agency, and over the last 16 years DDB has won more awards in Cannes than any other agency network. Since Keith's background is on the creative side of the advertising business, he is understandably proud of his agency's creative record.

In 1986, Keith was one of the architects of the advertising industry's first and only three-way union, creating Omnicom, one of the world's largest advertising and marketing services holding companies. Concurrent with the creation of Omnicom, Keith accomplished the merger of Doyle Dane Bernbach and Needham Harper Worldwide, first known as DDB Needham Worldwide and now DDB Worldwide. Keith's vision as chairman-CEO was to create a new DDB capable of bringing to life the insights of DDB founder Bill Bernbach and applying them broadly to the modern world.

Advertising Age has referred to Keith Reinhard as the advertising industry's "soft-spoken visionary" and in 1999 named him among the top 100 industry influentials in advertising history. The Wall Street Journal has included Keith in its well-known "Creative Leaders" campaign.

Keith is a passionate believer in the transforming power of creative ideas and shares Bill Bernbach's belief that properly practiced creativity can make one ad do the work of ten. His media and compensation innovations, once considered revolutionary, are now beginning to find widespread acceptance. His blueprint for the "Agency of the Future" calls for a nimble organization capable of being big and small, local and global, bundled and unbundled, all at the same time, forming and re-forming itself in response to the changing needs of clients.

As a working creative man, Keith was best known for work on McDonald's, including "You Deserve a Break Today," which in 1999 was voted the No. 1 jingle of all time in Advertising Age's The Century of Advertising. Over the years, Keith has served on most of the major award juries. In 1984, he was a member of the Cannes jury and was elected by that jury as its first-ever American president. In 1999, Keith was jury president for the Cannes International Advertising Festival.

Keith has contributed generously of his time and talents to the industry and the community. He is president of Business for Diplomatic Action, an initiative he began in 2001 to improve American business diplomacy. He is the co-chair of the marketing committee for Jazz at Lincoln Center.. He is a past chairman of the American Association of Advertising Agencies and remains a member of its advisory council. He has also served on the boards of the New York City Ballet and the United Nations Association.