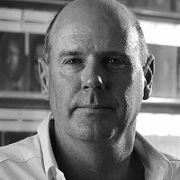 John assumed the role of Worldwide Creative Director in April 2003. John's task was to re-direct the agency's reputation by becoming a creative compass for the network. He has helped re-shape the network to think less about ads and more about ideas.

John has also implemented programs into the network to help grow and utilize its creative talent, such as the Young Bloods programs. He has also developed a SWAT (Special Weapons And Tactics) team, which offers a unique opportunity for top creative teams to collaborate more closely.

Born in Zambia and educated in England and South Africa, John Hunt was the Creative Founding Partner of TBWA Hunt Lascaris.

In1993 John was intimately involved in Nelson Mandela's first ANC election campaign. Three years later, he joined the South African Advertising Hall of Fame - the first working creative to be so honored, and in 1997 he received the Financial Mail's Long Term Achievement Award.

John is married with three children. He was named South African Playwright of the Year and collects African art.