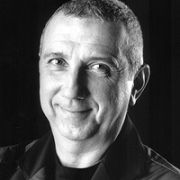 João Daniel is the second most awarded film director of the world with 41 lions achieved in Cannes (11 gold lions) and several Grand Prix / Awards in Brazilian Festival, FIAP, New York Festival, London Festival, etc. His production company, Jodaf Mixer, has been elected the “Production Company of The Year” by About Magazine (Brazil) five times in a row since 2001.

In 2003 he assumed the presidency of Mixer Group (also working as film director of Jodaf Mixer, the most awarded commercial production company of Brazil and Latin America). His company, Mixer, presents a new concept regarding production for all medias: a complete synergy of its different expertise. All Mixer companies work as brands and act in an integrated way, under the same roof.