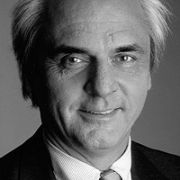 Chair
TBWA/Worldwide
France
Board of Governors
About

Jean-Marie Dru is Chairman of TBWA\Worldwide.

A graduate of HEC Business School, Jean-Marie Dru began his career in 1971 with Dupuy Compton (now Saatchi & Saatchi) as an account executive on Procter & Gamble and quickly rose to the position of Executive Creative Director the following year.

In 1977, he joined Young & Rubicam in Paris as Managing Director, before becoming the agency’s Chief Executive Officer in 1979.

Jean-Marie Dru has been President of the Cannes Advertising Film Festival Jury twice - first in 1982 and again in 1998. He has also served in 2011 as the Jury President of the first-ever Cannes Creative Effectiveness Award.

Jean-Marie Dru is a professor at the Paris Institute of Political Studies, officially referred to as Sciences Po Paris.