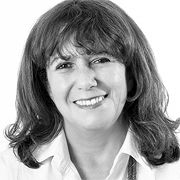 Ingrid founded Angel Films in 1996, making films about death row, torture, HIV/Aids, abortion, gender issues, the Holocaust and arts and culture. She was the Executive Producer on a number of series, and has made over 20 documentaries about Nelson Mandela, many of which aired as a tribute at the time of his death. Her films won multiple awards and were selected for a number of prestigious international film festivals in Europe, Australia and the US.

Along with a long list of filmography dating from 1989, Ingrid has been film jurist and discussion panelist, she curated and designed two exhibitions and presented her own photography work in South Africa and London.

Ingrid completed a Foundation Year of Art and Design and studied a variety of professional courses, including photography, photojournalism, radio production, writing for journalism and screenwriting.

“As a human rights filmmaker, writer, photographer, exhibition curator, facilitator and executive coach, I usually find myself in extraordinary circumstances, at the right place at the right time, meeting the right people like Nelson Mandela and Bill Clinton and as well as women living on the streets of New Delhi.“

Ingrid became a partner in Corporate Scenes where part of her mandate is to restructure and grow the company. She wants to learn the ‘hard’ analytical business skills and tools that will round up and complement her talents. She believes that the expertise gained from the Berlin School will expand her horizons, and she can leverage these new skills and bring them back to her company.