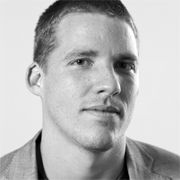 Co-Founder and creative Partner of ROCK Communications, Henrique runs one of the biggest below the line agencies in Brazil, with more than a hundred and twenty employees. ROCK won Promo Agency of the Year from the Brazilian Advertising Association in 2010. In 2011, after only 4 years in business, ROCK was named one of Brazil’s top ten biggest agencies.

Before starting Rockcom, Henrique worked as a copywriter for various below the line agencies in Brazil. At 25 years old, he co-founded Samba Communications, a joint venture between Banco de Eventos Group and DPZ Advertising. Two years later, he and two other partners bought out the agency and renamed it ROCK Communications.

Henrique had equally big plans for his EMBA at the Berlin School of Creative Leadership. “The result may be the blue print of a special digital or advertising agency, the kick off of my company’s first international operation, the plan to a merger, acquisition or adaptation to make it stronger, faster and prepared for the future.”