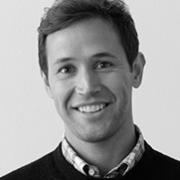 Giacomo joined the Dentsu Aegis Network in late 2014 to help establish Huckleberry, the world's first full-service agency model within the group. As Strategy Director he works closely with the CEO to establish a unified business model and oversees the quality of the strategic work and creative output of the agency.

In his previous role as Partner, Associate Director of Strategy and Technology for M&C Saatchi, he led the merge and acquisition process between M&C Saatchi and Ambulance – the independent digital advertising agency he co-founded in 2009.

After graduating from ESPM with a BSc in Social Communications, Giacomo went on to complete courses in Strategic Communications and Creative Disruption at the Sao Paulo School of Creative Economy.

His advertising career began at Ogilvy & Mather as a Planner in Brazil, and later as Partner/Director of Marketing Strategy at Ogilvy’s headquarters in New York. He remained at the agency until 2009, when he left Ogilvy and co-founded Ambulance.

Giacomo believes the EMBA at the Berlin School will bring him the perfect combination of creative, strategic and leadership excellence. “Since the day I co-founded Ambulance until the merge and acquisition four years later, I believe all the challenges and lessons have given me the ability to become a better leader and learn how to absorb, adapt, and take advantage of this constantly changing scenario we're in. I'm sure that the EMBA will help me broaden my view and see new possibilities to improve my approach to solving problems and deal with the future.”