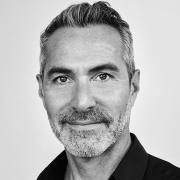 As Head of Admissions, Gerardo works to recruit the best candidates to the Berlin School of Creative Leadership and guide them through the EMBA admissions process.

His know-how in the complexity of relocating to a new country, visa and student applications, and dealing with educational institutions worldwide enables him to provide all the information and advice that potential participants may need.

A native of Argentina with a dual British citizenship, Gerardo gained a BA in Law and Social Sciences at the UNLP in Buenos Aires. Parallel to his studies, he worked at a law firm and went on to practice as a notary for several years.

He then changed his career direction drastically and joined Holland America Cruise Line. After arriving in London in 2001, Gerardo moved into sales/business development, account and project management in international retail and later on as a General Manager & Operations Director in hospitality. He also worked on a freelance basis as a researcher, interpreter and translator for several BBC programs and in legal translation/interpreting, as well as a garden designer.

After many years in London and long stays in Canada and Sweden, he moved to Berlin in 2011. Here he put his years of professional experience to good use as a Human Resources and Internal Processes Manager in the MICE Industry. He has now settled at the Berlin School, which he joined in December 2013.