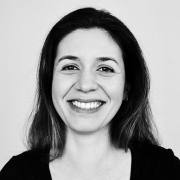 Geovana Lima in an Independent Journalist based between Toronto and Florianópolis with over a decade of experience, including working in the largest communication vehicles in the Brazilian market. Geovana has worked in all stages of content production and in the main coverage of national and international events.

For seven years, Geovana worked as a Senior Editor at Globo TV Broadcast, specializing in current affairs on the Emmy Award-winning Jornal Nacional, which had a daily audience of around 30 million, and Bom Dia Brasil a daily morning news show which aired nationally. Geovana’s work covers a range of global topics from politics and terrorism and the World Cup and the Olympics. She also teaches news writing for journalists at ESPM,

Having left her position at one of Brazil’s most renowned current affairs shows, Geovana is immersing herself in the Executive MBA in Creative Leadership, and building the tools to transform herself and “to face the new professional challenges”.