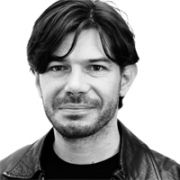 Frederico Miranda is President/Producer/Artist at Baula Music, Ltda., San Jose, Costa Rica. (2005 - present). Within this role, he is focused on music production and sound design for Commercials, TV Documentaries and Multimedia. He has recently written, performed and recorded the 'Baula Project CD', with music inspired by the Leatherback Turtle (a project closely collaborated with MarViva Non-Government Organisation for sustainable development and Marine Conservation).

Miranda is also a Composer/Performer for Gandhi (1995 - present) and has released 4 CD's and 1 DVD under Sony and BMG record labels. He has toured extensively with this band and received National Awards as 'Composer of the Year' and 'Best Album'. Within this capacity, he has also acted as spokesperson for the Campaign against Illegal Firearm Traffic in Central America, "Armas, No Gracias".