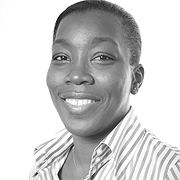 CEO
One Management
Nigeria
Class 13
About

As CEO of ONE Marketing Management, Emem is highly involved in Nigeria's music scene and founded her company in 2005 with the goal of creative talent management for Nigeria's up and coming artists. In recognition for her efforts, she was awarded the International Young Music Entrepreneur of the Year (Nigeria) by the British Council. Though she has already achieved great success with her music endeavors, including producing a song to fight Polio in Africa, which brought together 30 of Africa's finest artists and actors to raise their voices in favor of eradicating the disease.

Emem grew up in the music scene and always planned to have a career in the industry. However, in order to leverage her position in the music industry, she first took on her second passion of law, for which she received her Bachelor's and LLB from Nigerian Law School and the University of Lagos. She was also a consultant to the British Council in London, Kenya, South Africa, and Ghana.