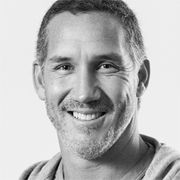 Eduardo is President, CEO & Creative Chairman of Grey Europe. An accomplished leader, he has been praised in several publications including the magazine Lideres, which called him one of the most respected businessmen of Ecuador, in the magazine Latin Finance which labeled him as the only Ecuadorian among the 25 Latin American entrepreneurs eligible to take important positions of great influence in the next ten years, and in Campaign Magazine in May 2019 under the headline, "The Grey Europe chief who almost became Ecuador's president."

He is also CEO & CCO of Maruri Grey, a company he started with his father as Maruri Advertising in 1991. Maruri Grey was the first Ecuadorian Advertising Agency to receive a Gold Lion at the Cannes Lions International Festival of Creativity in 2012, and today, the company has won more than 40 Cannes Lions.

In addition to founding Maruri Advertising in 1991, Eduardo was the founder and President of DM3, the first sports marketing company in Ecuador and founder of Maruri Direct Marketing. He can also boast planning the visits to Ecuador of Bill Clinton, George H. W. Bush, Gorbachev Mikjail, José MaríaAznar, Al Gore, Rigoberta Menchu, and many others. In addition to running his own business, Eduardo was President of the National Federation of Chambers of Commerce in Ecuador, a position for which he was elected unanimously by the 85 chambers of commerce of the country. !And, in September 2007 he was elected to integrate the National Constituent Assembly of Ecuador. He was also President of the Barcelona Sporting Club. To top it off, he was also National Champion of an Ironman Triathalon in 2002.

To meet the challenge of increased competition and a changing creative landscape in the advertising industry, Eduardo decided to get his EMBA at the Berlin School of Creative Leadership. “Maruri, with my leadership as President, majority owner, and CCO, needs a strategic plan and the skills to cope with the coming change over the next 10 years. For that I need to reload, rethink, recycle, and yes, I need to learn. I need to update and practice my skills to detect, form, and retain creative leaders within my organization of 200 people. I need time to think. And that is why I believe I need this program now.”