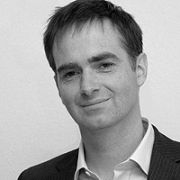 Thomas Lehmann has been the Director of the New Media Center at the University of Basel since 2001.

Prior to his current position Lehman was the head of the University's video facility and of a local production firm as well as freelance author for a science program on German television. In 2005 Lehmann was a finalist during for the Mediaprix in recognition for an interactive CD-ROM.