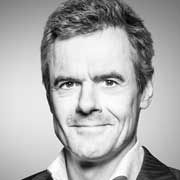 His expansive career has included prominent positions building on his legal studies and reflecting his passion for publishing. He has been member the Berlin School of Creative Leadership’s board from 2016 till December 2020.

Dr. Rainer Esser studied law in Munich, Geneva and London. He continued his studies in the United States with a Master of Law at the University of Georgia before receiving his final degree in 1986. After graduating from the German School of Journalism (Deutsche Journalistenschule) in Munich, he worked as a lawyer for various law firms. Since 1989 he also holds a PhD in International Law of the University of Regensburg.