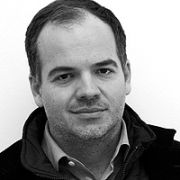 Dimitris has won the Romanian and Greek EFFIE awards for Telecommunications for his Olympic Sponsorship campaigns. He was also awarded at the Golden Drum for his Romania campaign in the non-alcoholic drinks category. Other awards include and FMCG selection, Gold and Silver Awards at the Ermis advertising. Dimitris has a BA in Advertising from the BCA, Athenian Business College. Dimitris was born in Greece and now works and lives in Bucharest, Romania.